From a mine chimney in 1869 to construction during the Great War, we have been building Britain's future heritage from our very first project.

The company made an enormous contribution to support of 'Kitchener's Army' during the Great War. Frequently operating close to the front lines, we were involved in the construction of hutted camps and support buildings throughout France, such as this hospital at Etaples. Similar camps were also built throughout Britain.

On the Home Front our support for the war effort also included the constuction of munitions factories to help alleviate the ordnance shortage on the Western Front. As well as plants including Georgetown in Refrewshire and Perivale in London, the company constructed The British Dyes factory at Huddersfield, which was initially used to produce ingredients for explosives. Some 2,000 workers were employed on the project, erecting 130 buildings across a 670-acre site. 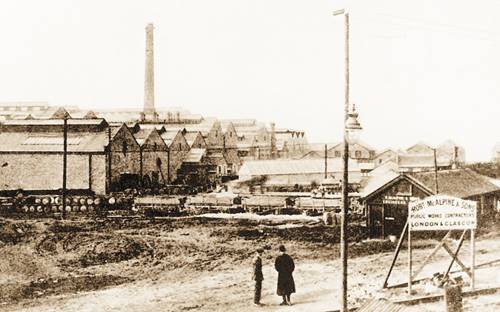 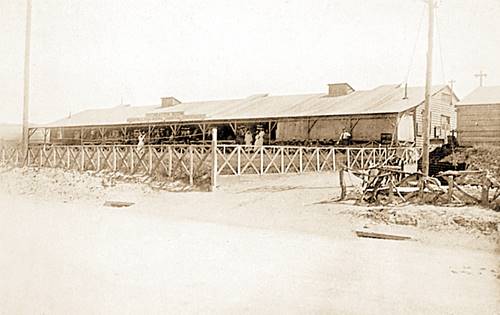 The company was also responsible for constructing many aerodromes and associated facilities including the Western Aircraft Repair Depot at Yate and the Loch Doon School of Aerial Gunnery.

The British Cellulose and Chemical Manufacturing Company in Derby was typical of many of the contracts undertaken in this period. The factory covered an area of eight hectares and was built for the treatment of aircraft fabric.

Our Portrait of Achievement