First class all the way at One Station Hill

Our technical expertise and client focused approach have come into their own on what will be a new landmark building at One Station Hill, directly opposite Reading Station.

One Station Hill is part of the second and most prominent phase of a major regeneration scheme that will transform the gateway into one of the busiest commuter hubs in the south east. 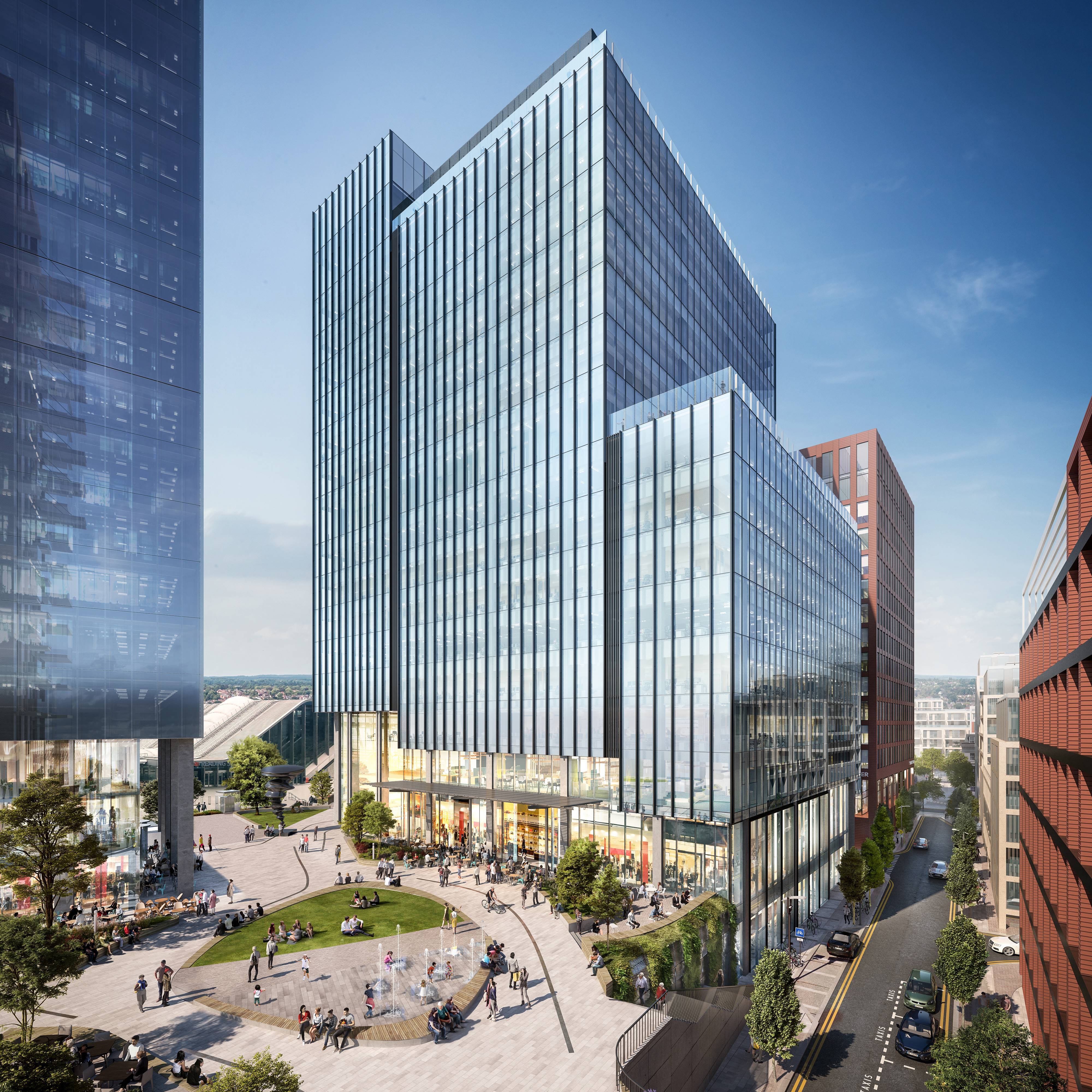 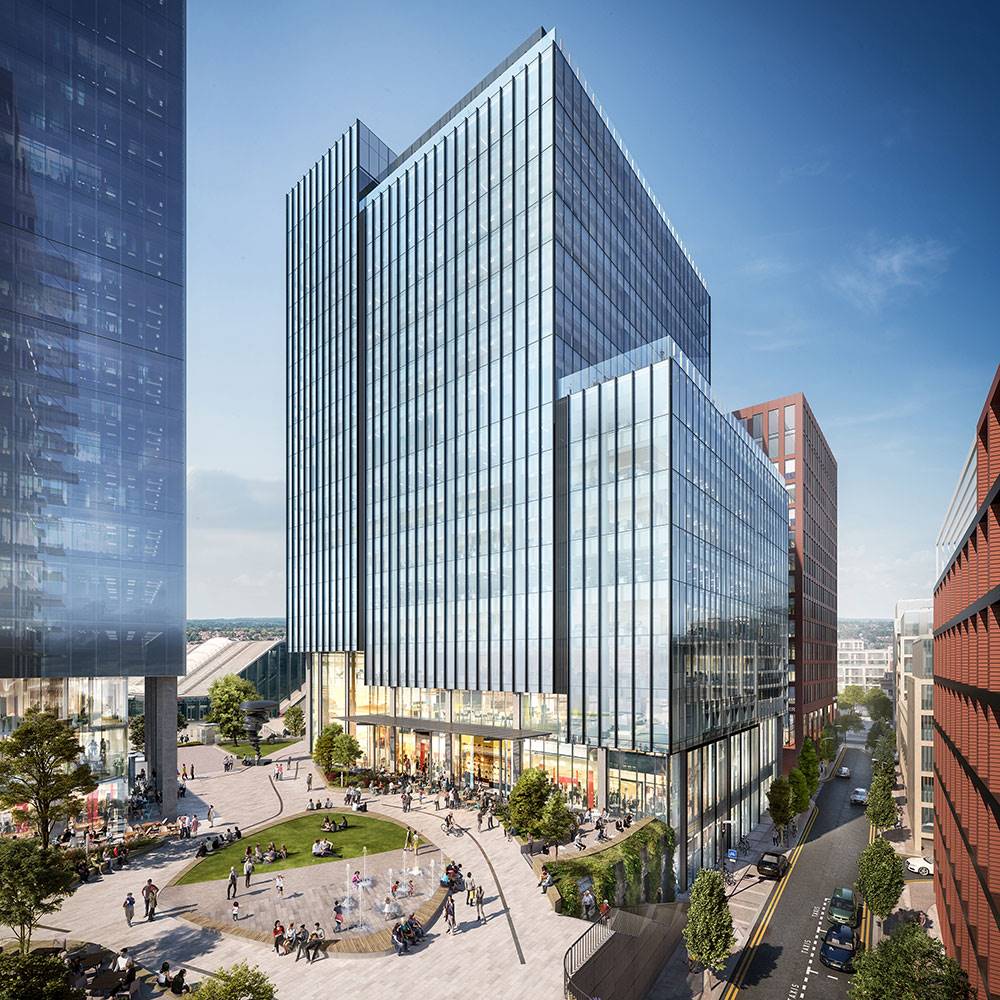 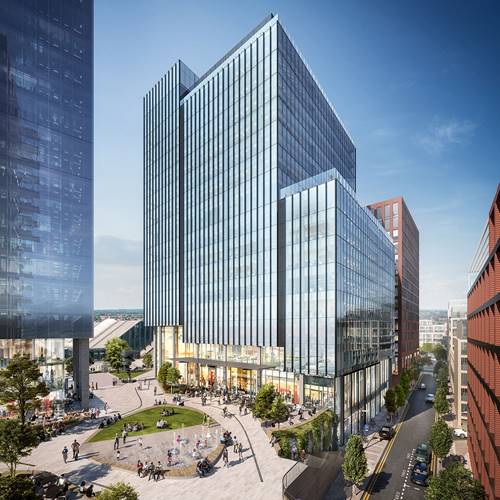 A spectacular 17-storey fully glazed tower with a welcoming, double height reception area will provide access to 26,000 sqm of best-in-class work and flex space over 15 floors. The building will also provide ground floor retail space and two layers of basement parking, whilst a new public square and a link bridge will create level access from the train station through to the town centre.

With the development representing client, Lincoln MGT’s first office development in the UK, our team are looking to showcase what first-class UK construction looks like, working from the outset to go the extra mile and add value.

“From the start we took a personal approach. We were there to help the client. We looked at adding value to their job and at efficiencies, where others were just pricing what they saw."

“I think the client appreciated that service. By going into real detail, we were able to pick up and flag potential issues and oversights to the client team and help resolve them. We did a lot of signposting and were able to help them progress with numerous items such as building agreements and crane requirements when building close to Network Rail. The mindset was always ‘help the client’.”

“During the tender stage, we went out of our way to explore various opportunities to improve the building’s efficiencies. We collated these, along with their potential benefits, together in an added value document for the client to consider.”

Suggestions included an alternative washroom configuration, which was later accepted into the scheme, creating more net rentable internal area that will add huge value for the client over the years ahead.

With programme a clear priority for Lincoln MGT, we brought our technical knowledge, experience and problem-solving capabilities to bear, exploring alternative ways of accelerating the programme.

Working closely with our inhouse experts in McAlpine Design Group (MDG), this included developing the temporary works, allows us to leapfrog some floors which could then be constructed later in the programme.

During the PCSA period, our team’s successful collaboration with the client’s planning partners, Bryan and Bryant, saw the programme successfully reduced from 116 to 104 weeks. 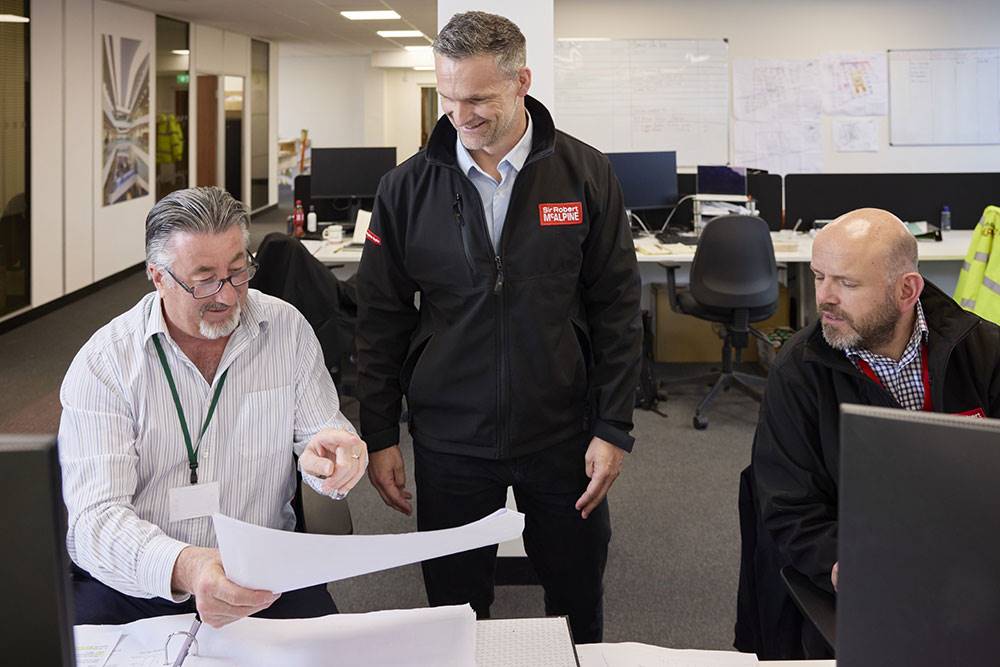 With a delay to the demolition of the car park that had stood on the site, our ability to rapidly mobilise helped mitigate the time lost. We started the project with just four weeks lead in, working closely with the demolition contractor and Phase 1 contractor to establish ourselves on site as soon as possible

Since being on site, the team have faced numerous challenges in the ground, including a high water table and associated waterproofing issues, which they have worked successfully to resolve.

The site having been home in the past to a garage and a bus depot prior, as well as an NCP car park, our team have also had to contend with various unexpected obstructions. This occurred during piling with some existing hydrocarbons in the ground, along with, most recently, the discovery of live electrical services just below tarmac level.

With the site’s location above a chalk stratum increasing the technical challenges around the piling, our team were able to call on the geotechnical expertise of our MDG team who conducted technical reviews and monitored the activities of our piling contractor on site.

MDG’s expertise also proved invaluable when it came to coordinating with Network Rail for approval for both the site’s cranes, whose respective collapse radii lie within the legal boundary of the station, and the site’s piling rigs.

Construction is currently under way of the base for the monumental core at the heart of the building, which will house two stair cores, two sets of toilets and two sets of four lifts. The team are hoping these works and the construction of the pile caps will be complete by the end of June, meaning the team are out of the ground and free of the associated risks (July 2022). 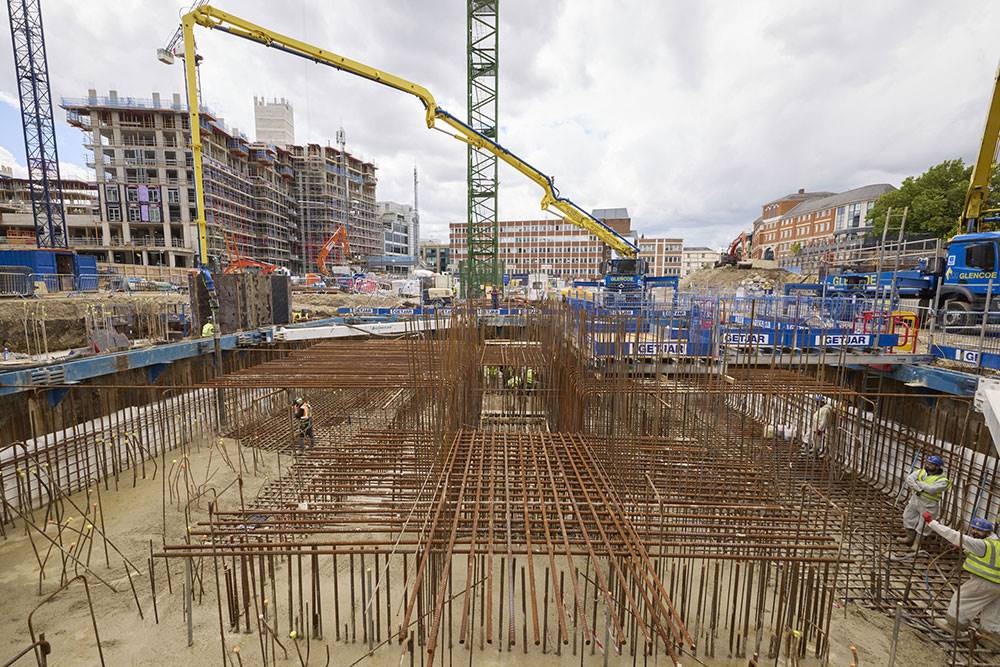 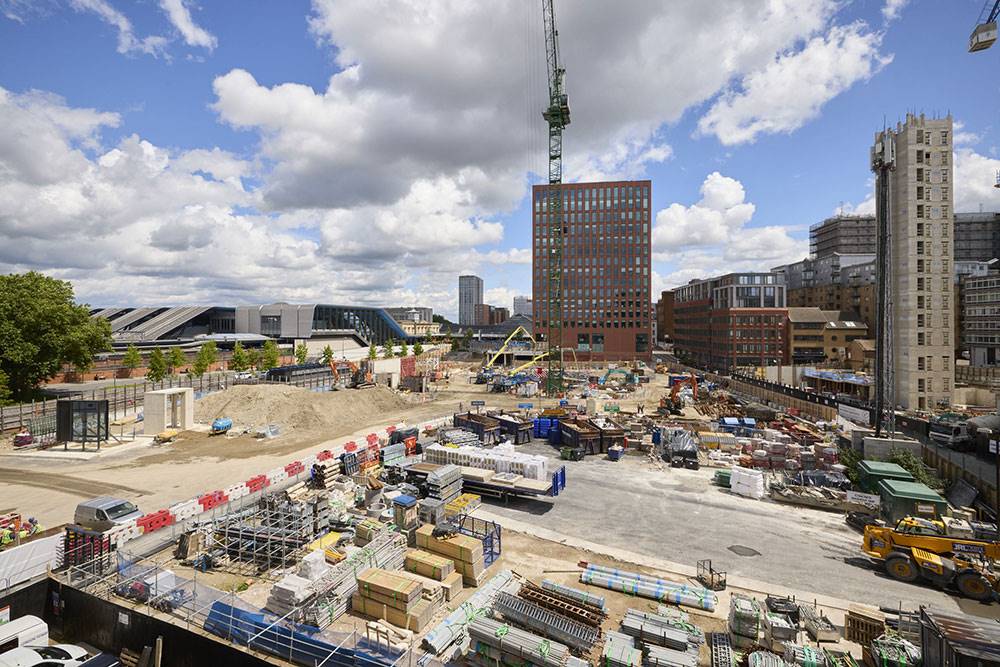 In support of our client’s ambition for a Net Zero Carbon (NZC) building, at PCSA we conducted a construction embodied carbon assessment, extracting all necessary quantities from the digital models, so that the client had a starting point for their NZC calculation. We also committed to reducing carbon on the project wherever possible, albeit, with the project tendered at RIBA stage 4, the design, materials and building philosophy had already been set.

Our collaborative and committed approach continues into the live project, our team working with the client team as they look to target accreditations: including BREEAM Excellent, Well Platinum, AirRated and Wired Certified.

This has included bringing on board a daylight assessor to help the project meet the stringent requirements of the Well certification.

Upcoming milestones for the team include the erection of the jumpform shutters that will be used to form the core. Once the jumpform is up to floor four, work will begin on the floorplates.

In November, the team expect work to begin on installation of the unitised glazing, at which point Reading’s commuters will start to get a sense of what will be a new signature building on the town’s new skyline. 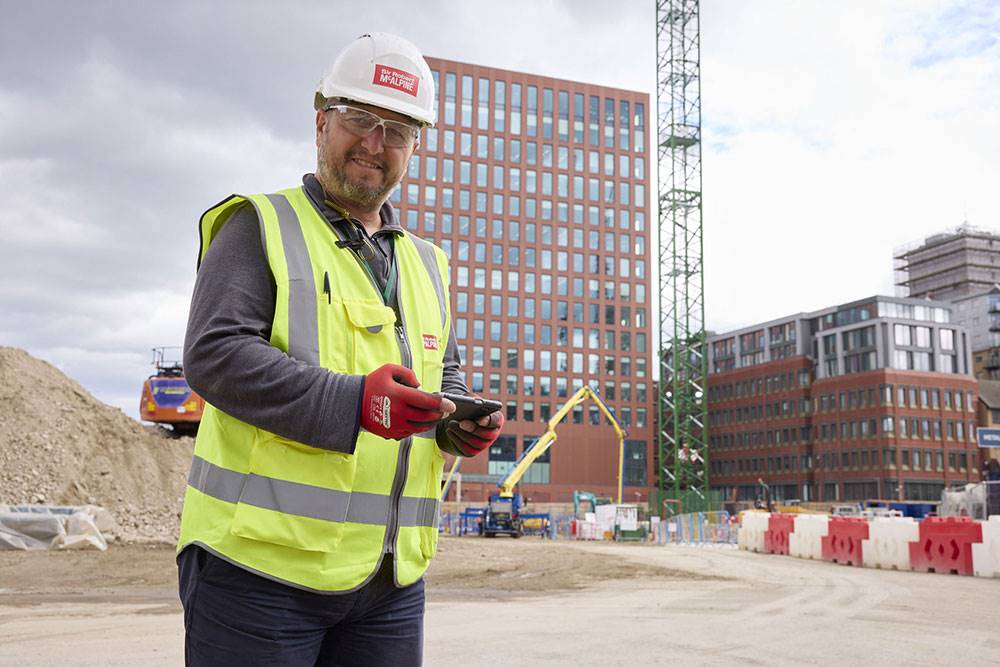