From Wembley Stadium and The British Empire Exhibition to supporting the D-Day landings in Normandy, engineering excellence is at the heart of everything we do.

Capable of handling the largest ships afloat, a 230m dry dock and a 305m entrance channel were constructed at Tilbury in London along with a passenger landing stage.

The project was one of a host of contracts undertaken at ports around the UK and across the world, the company going on to build many of the major docks and wharfage facilities along the Thames, the Clyde, the Tyne, the Tees and the Wear. 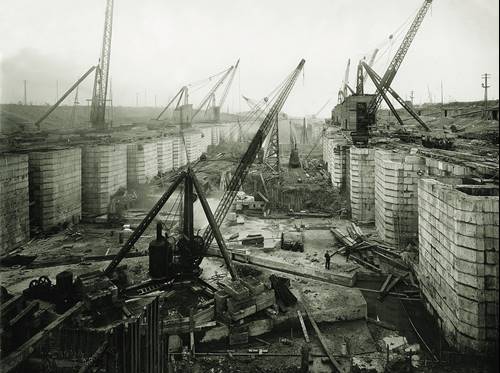 One such project involved a major extension to Southampton Docks where more than 10,000 tonnes of kentledge was required to sink into position the 78 monoliths that make up the 1km long quay wall. More than eight hectares of land were reclaimed as a result of the work, ground on which we constructed the Solent Mills for J Rank Ltd.

The company’s engineering expertise was also called upon at Takoradi on the Gold Coast of West Africa where the construction of 4km of breakwaters created 220 acres of the first safe anchorage on a coast dominated by heavy surf.

During a conflict in which the battle for air supremacy was crucial, the company constructed a large number of the RAF airfields which would play a vital role in the Second World War.

More than 20 airfields were built or upgraded, including Lasham, Mildenhall, Fairford, Boscombe Down, Prestwick and Northolt, sites that would provide bases for fighter defences and bomber command as well as support during the allied invasion of Europe.

In 1948 we returned to Boscombe Down to further develop the airfield for the RAF and construct one of the largest strategic runways in the UK.

The company was also responsible for a number of explosive factories built during the Second World War, including the Royal Navy Propellant Factory, Caerwent. 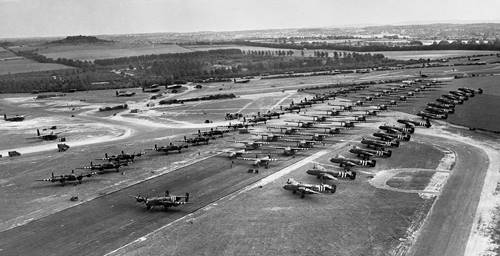 Our Portrait of Achievement