From Sellafield to Canary Wharf, Hampden Park to the Millennium Dome, our projects changed landscapes across the length and breadth of Britain.

The Siemens wafer fabrication plant in Newcastle was one of the largest facilities of its kind ever constructed in Europe. The plant was ready for equipment installation just one year and six days after work commenced. The facility is one of a number of large tech manufacturing plants constructed during the 1990s for many of the leading names in the microprocessor industry.

Contracts included expansion of the NEC wafer fabrication facility at Livingston which was completed in 13 months. The project was more than twice the size of any equivalent development previously delivered in the UK.  The company also built the Fujitsu Microelectronics Facility in County Durham and completed the third phase of Shin‑Etsu Handotai Europe’s Livingston silicon wafer plant.

In addition, we have undertaken many contracts for Motorola at its plants in South Queensferry and East Kilbride as well as projects for companies including Atmel, Lexmark and Filtronics. 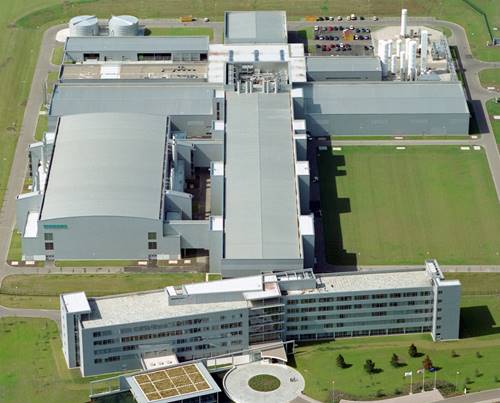 Our portrait of achievement