We are thrilled that two of our projects, 100 Liverpool Street and the Royal Albert Hall, have been recognised at the 2021 Building Awards.

Congratulations to our project teams at 100 Liverpool Street and Royal Albert Hall who were successful at the Building Awards 2021.

Hosted by comedian Jason Manford, the ceremony was held on 2nd November at the Grosvenor House hotel in London’s Mayfair and was attended by 1,000 people. 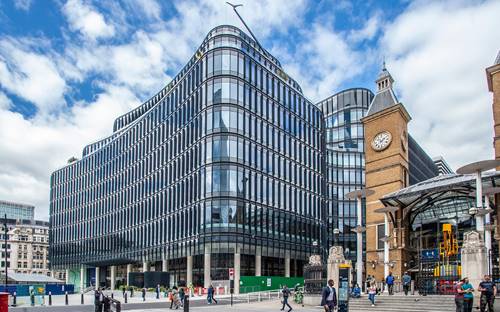 Built directly above the entrance to one of the UK’s busiest train stations, 100 Liverpool Street is a technical and logistical masterpiece, becoming British Land’s flagship first net zero carbon building.

Our work on this transformation project began with demolishing half of the old building whilst keeping the remaining other half intact. We then began construction of a new steel frame, added three new floors, a dramatic atrium and a feature staircase. This created 520,000 square feet of new office and 80,000 square feet of retail space, including a ninth-floor roof restaurant with a panoramic view to St Paul's.

100 Liverpool Street has won numerous industry accolades, including ‘Commercial Project of The Year’ at The American Institute of Architects and winner of the Structural Steel Award Design Awards 2021.

You can watch the construction over three years via the time-lapse video below. 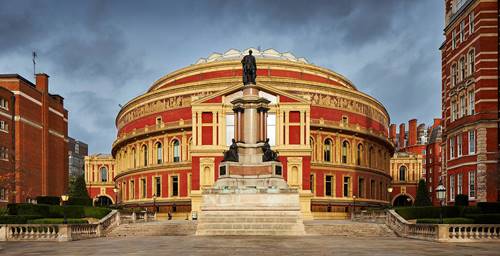 Our Special Projects team completed the restoration of the Royal Albert Hall's famous façade in December 2020, six weeks ahead of schedule despite Covid-19 related pauses. This ended multiple phases of work and 8 years of operations on this iconic, Grade 1 listed building.

The final phase saw the restoration of the entire 150-year-old façade using non-abrasive, non-aggressive cleaning. In addition to re-fixing and replacing the terracotta blocks that make up the façade, our team carefully repaired the roof leadwork, replaced cast iron rainwater downpipes, repaired the Smoking Gallery balcony and redecorated all the external windows, doors, metalwork and the existing canopy structure.

The team also worked on the basement, known as “the Great Excavation”. This involved providing two levels of basement (40m by 20m, by 10m deep) to the South-West. With breakthroughs into the Hall through its 1.4m thick outer walls, digging an 11m lift shaft and carrying out pipe-jacking for a new sewer connection within a very confined area, all adjacent to a listed Victorian chimney that required constant monitoring. This was anything but a standard dig.

Through early planning and collaboration, not a single one of the Hall's hundreds of performances was cancelled or postponed because of the works.

Congratulations to all those involved in our projects at 100 Liverpool Street and Royal Albert Hall.