If the “raw is more” design ethos of this refurbishment at 1 Finsbury Avenue gave the Grade II listed building an alluring modern feel, it left nowhere to hide for the team.

1 Finsbury Avenue is part of the framework that will see multiple projects transform London’s Broadgate over ten years. It consisted of refurbishing a 1980s office building into a vibrant mixed used retail, leisure and flexible co-working space, whilst maintaining its Grade II listed façade.

The brief was to adopt a “raw is more” look where exposed services, columns and soffits, create a chic feel that is modern and visibly appealing.

The building’s symmetry was critical to the ‘raw is more’ design ethos. When looking up at the glazed central atrium, this symmetry showcases the exposed services across all seven floors. With its Grade II listed façade, the building provided opportunities to challenge the team’s technical expertise, as they delivered to an evolving set of client needs.

‘Raw is more’ became the essence of 1 Finsbury Avenue. With a 2015 Grade II Heritage listing, demolition and re-build was not an option. The façade had to remain as is, and the building’s symmetry meant that everything was visible. This symmetry provided a bold reminder when anything was changed, as all services remained exposed. With nowhere to hide, every change required all services to be re-coordinated to ensure the symmetry remained intact. A non-traditional strategy to complete the decoration first allowed for these exposed services to be dealt with last. This change of sequence enabled the soffit to be accessed and completed, and the programme to remain on target. ‘Raw is more’ challenged our team, whose technical expertise delivered without the option of hiding services, as most other projects would. We had to get it right, first time, every step of the way.

We knew that BIM would be essential to getting those exposed services right. Once we’d stripped 1 Finsbury Avenue back, our geospatial department conducted a point cloud survey of the structure to make sure that what was there matched up with the drawings. The resulting model was then used to coordinate and install the services.

The geospatial team then did a second point cloud survey to check that we’d installed everything where we had planned to, generating an as-built model that can be used to manage future changes.

We suggested to the client that we integrate portakabin units into the site hoardings which could house pop-up retail units. We then provided them power via the temporary power supply to the site for the retail units. This allowed them to continue to provide retail options in the Broadgate campus whilst work occurred. Many of these pop-ups have since become permanent retail tenants for British Land.

When the original façade was built in the 1980s, it was the first of its kind. Functioning as a giant radiator, both cold and hot water is flushed through the frame and window mullions, providing heating and cooling for the building. This façade was Grade II listed in 2015, which meant that our team had to maintain the original façade. This required a host of surveys, including structural and air leakage testing, to ensure the façade remained fit for purpose. Because of the granite and timber finishes on the top floor, these surveys had to be conducted once the building had been stripped right back. As much of the internal structure was maintained as possible. With less waste, and better life cycle emissions, we additionally provided cost savings.

The creation of a cinema in the basement formed part of the client’s ambition to transform Broadgate into a busy tourist destination and commercial space. This became the single biggest technical challenge on the project. Using the box-in-box construction technique, to achieve impeccably high acoustic standards, the challenge was further complicated by the tight logistics in the basement with just one access route, no craneage and very little lifting equipment available. As a result, the materials used had to be broken down to their smallest components. Preserving the gap between boxes, means that no sound can travel from the outside in, a task which, like much of 1 Finsbury Avenue, allowed zero margin for error. 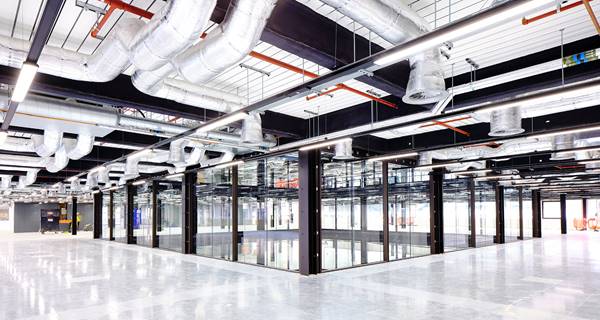 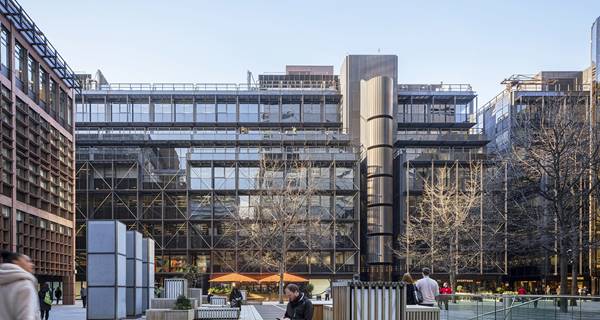