In conjunction with our partner BL Harbert International (BLHI) we delivered the US Government's New London Embassy in Wandsworth.

Building the New London Embassy required international collaboration to ensure it was designed and constructed to both US and UK standards.

The new building – which we delivered in conjunction with our partner BL Harbert International (BLHI) – totals approximately 36,000 square metres in area. It was designed and constructed to US standards, however the following UK standards were also incorporated: BREEAM Outstanding compliance, the Mayor of London's energy hierarchy requirements, the London Borough of Wandsworth local planning requirements, and carbon neutrality.

The embassy building itself is a transparent, crystalline cubic form atop a colonnade. This represents the optimum ratio of maximum volume within minimum perimeter with resulting cost and energy management benefits. The top of the building is sheathed with a crystalline photovoltaic array on the entire roof, screening mechanical equipment from view. The total array of crystalline and thin-film photovoltaic on the building measures 8,300 square metres with a significant output of over 345,000 kWh of energy.

We developed the surrounding area into an urban park that connects the Thames embankment to the new pedestrian way to the south.

Working in collaboration with our American partner, BL Harbert International (BLHI), we provided early contractor input during the design development phase of this exceptionally intricate building. We coordinated with the US State Department and the project architect, Kieran Timberlake, working as one team to ensure the design could be properly constructed within budget. During this phase, we were able to develop innovative solutions in the project supply chain, personnel recruitment and health and safety planning.

The Embassy building is a multiple award-winning flagship scheme for sustainability. It is BREEAM Outstanding, LEED Platinum and was awarded Gold by the CCS – the first five star seal: "The overall achievements are wide ranging, greatly appreciated by all and simply the 'go to' standards required to be a beacon to the industry, improving its image for all to see and try to replicate… Great stuff!"

Our leading innovations in this field include: 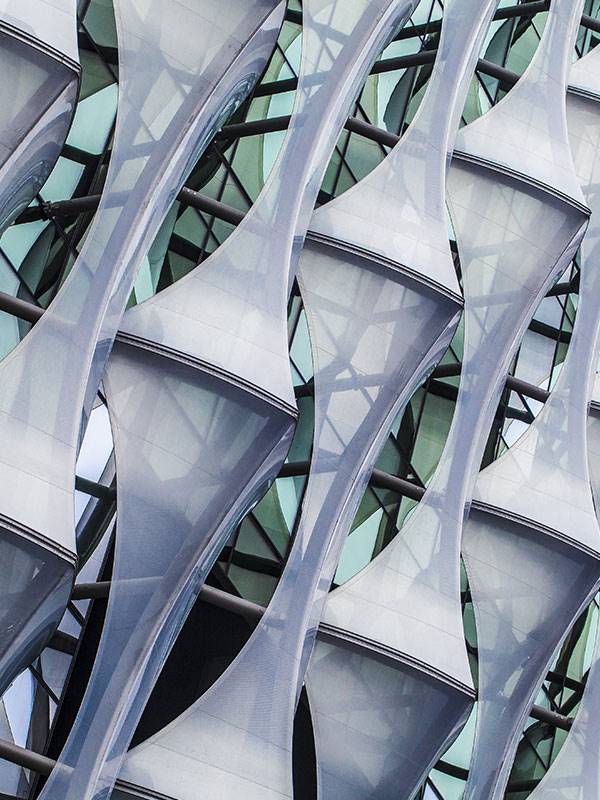 The Embassy project was unique in our procurement process: all the equipment for the MEP had to be brought in from the USA. The ductwork and mechanical pipeline were prefabricated off site; the plant, wire, chillers, pumps and air-handling units all had to be transported from the States and maintained under fully controlled conditions both before and during installation. At every stage of the project we were able to reassure the client that the site was completely secure.

The nature of this procurement route means that there tends to be a surplus of good quality packaging material such as timber. We entered into a partnership with Goldfinger Factory, a social enterprise, that takes waste products to create new, high quality pieces of furniture. 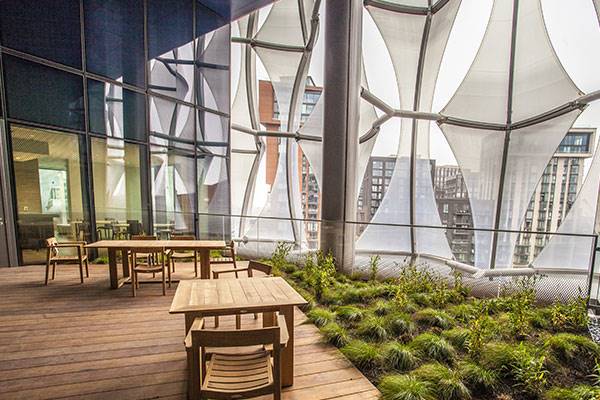 Getting it right the first time

Our work at the Embassy was completely bespoke – with everything tailored to the end user. From the unique envelope of the building, with its complex ballistic rating, to the intricacies of access control, everything is constructed to precise specifications.

The construction sequence of most buildings is determined by efficiency, programme and logistics, but on this project we had to 'build our way out': once an area had been completed we couldn't gain access a second time, so there was absolutely no margin for error. The building had to comply with US, BS and EN standards and so we ensured full compliance for us and our client.

With such a sensitive site to construct, for a high profile diplomatic client, we were only too aware of the importance of reputational management. We ensured that the new Embassy was constructed with every possible security and confidentiality procedure strictly adhered to.

We were highly protective of our client's reputation in the local area, ensuring construction causes minimum disruption to the surroundings. We were heavily involved in schemes to improve local facilities – such as renovating the Rose Community Centre as part of our 9/11 Day of Service activities. 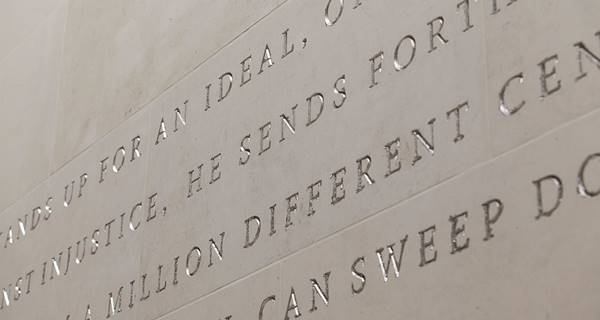 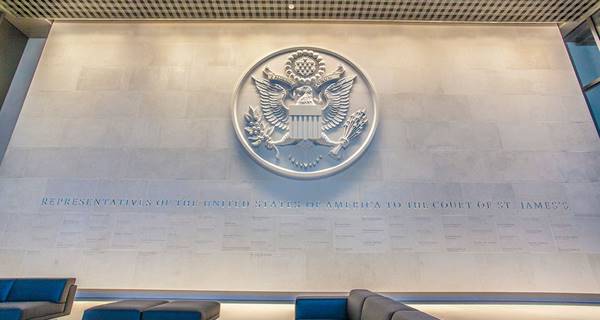 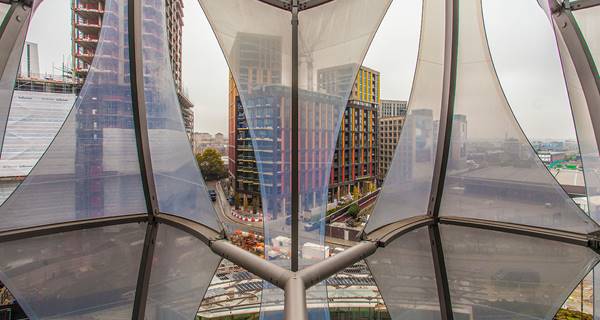 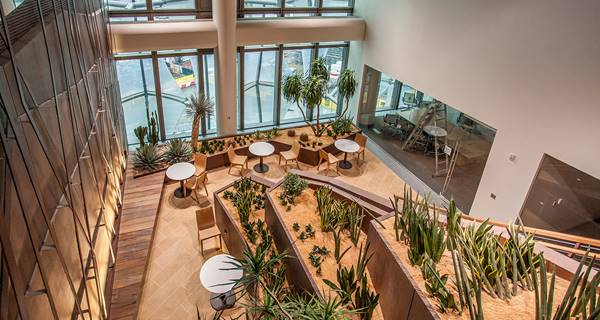 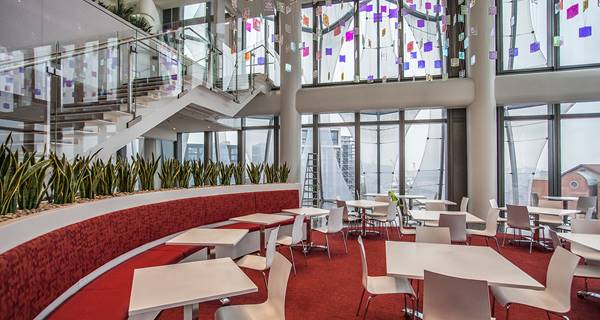 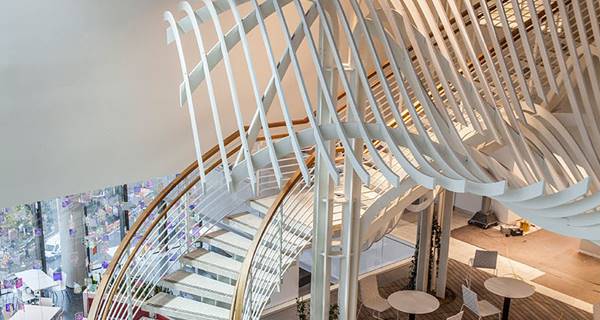 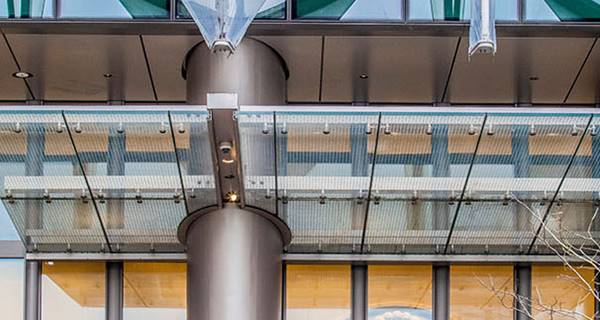