With the pandemic scuppering plans for his London to Paris cycling fundraiser, Richard Binns has hit the road closer to home, determined to do his bit to help research into the muscle wasting disease affecting his four-year-old son Jack.

Nothing is going to stop our very own Richard Binns from completing his marathon fundraising ride to help find a cure for the devastating muscle wasting disease affecting his four-year-old son Jack.

In November last year, Jack was diagnosed with Duchenne Muscular Dystrophy (DMD), a condition which affects an estimated 300,000 people worldwide. The disease mainly affects boys, with sufferers typically left wheelchair bound by their teens and with a reduced life expectancy of between 20 to 30 years.

Richard had been due to take part in this year’s 24 hour Duchenne Dash charity cycle from London to Paris with his brother-in-law Jonathon on June 12th & 13th. Sadly, the event, which raises funds for Duchenne UK, had to be cancelled because of the pandemic.

Undeterred, Richard has carried on with his fundraising, taking to the country roads around his home in Cheshire to cover 300km during May. He plans to complete a final 100km (minimum) on June 13th, the day he and Jonathon would have arrived in Paris. Not bad for someone who before January hadn’t been on a bike for seven years!

The money raised will be added to the donations already made to Duchenne UK thanks to a family fund set up in Jack’s name #BackingJack.

All the money will go to support research and clinical trials taking place around the UK to find ways of slowing the disease or a cure, work Richard hopes Jack will one day benefit from.

So far Richard has raised more than £8,400 but with your support is hoping to hit the £16k mark.

Richard, pictured below with Jack and daughter Olivia, 7,  said: “Since we found out about Jack’s diagnosis, the support we have had from everyone has been unbelievable. It has helped me immensely to have so many people get behind us as a family and the bike riding is just something I could do to feel like I’m actually helping Jack in some small way.”

You can show your support for Richard, Jack and the rest of the family here: https://uk.virginmoneygiving.com/richardbinns 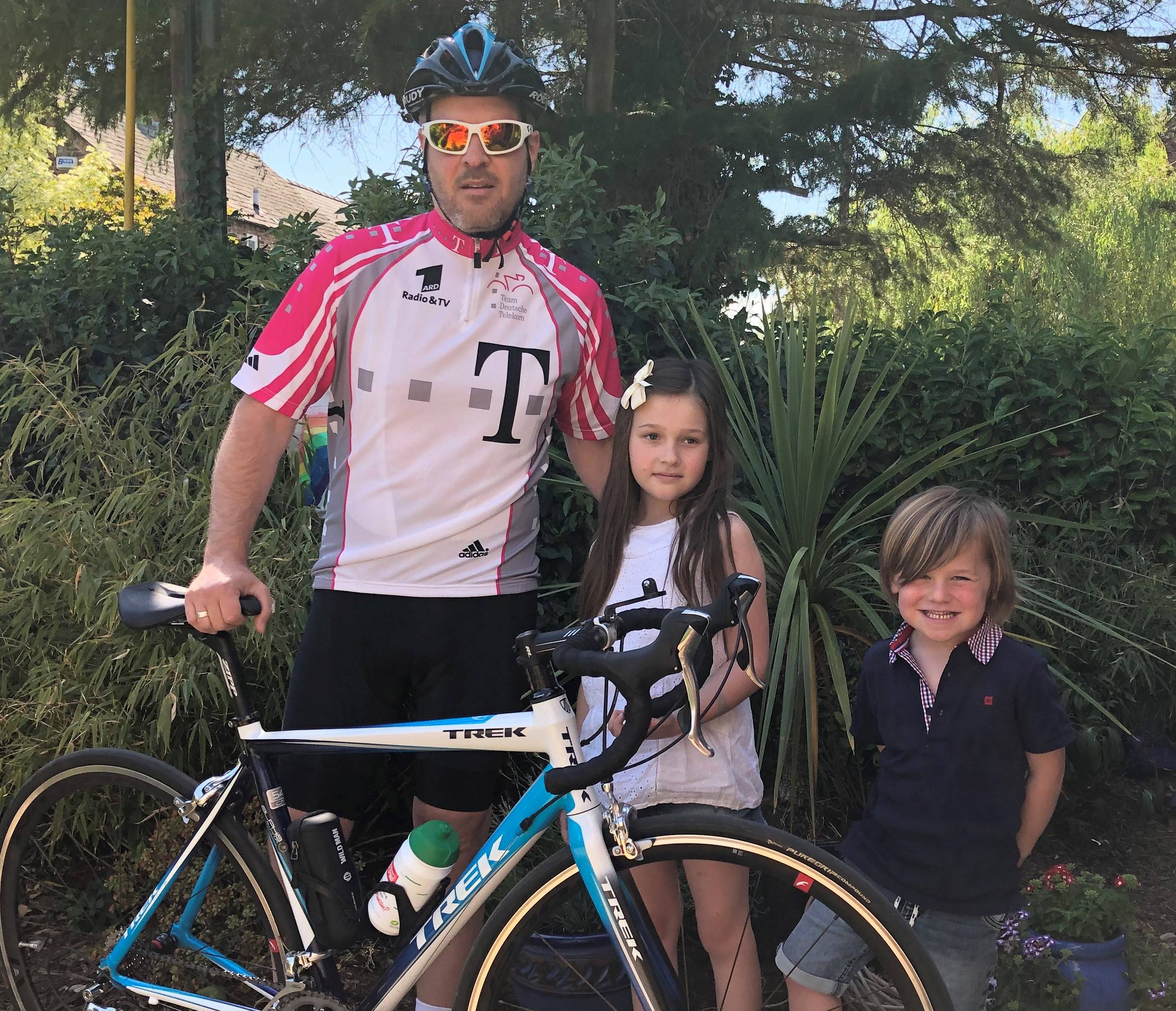