Interview with Joseph McNeil, Construction Manager of the Year 2019

We talked to Joseph (Joe) McNeil about winning the coveted title of Construction Manager of the Year and his career.

The CIOB’s Construction Manager of the Year Awards are a highlight in the industry’s award calendar, annually recognising the outstanding achievements of construction professionals across the country.

On 18th September, project manager, Joseph (Joe) McNeil, won the Gold medal for his refurbishment and fit out work at 120 Oxford Street. That same evening, Joe went on to be crowned Construction Manager of the Year, beating 80 finalists to the coveted title and instantly entering Sir Robert McAlpine’s and the CIOB’s Hall of Fame for generations to come. We talked to him about this night to remember and his career.

Just a few days on from this memorable event, Joe is visibly still shaken and the good news hasn’t quite sunk in yet. “It’s still a complete shock,” he says candidly, “I’m trying to work out why my project or my contribution to the project stood out compared to all the others, because I had the chance to talk to a number of the finalists and I was so impressed with what they did.”

Joe’s humility following such resounding success is genuinely endearing. He is elated, not just for himself, but also for the project which the awards have helped to put in the spotlight: “It was small, compared to Sir Robert McAlpine’s other projects, but it was complicated. I was proud of it. I did think I did a good job so it’s amazing that it’s brought that job and that project to everybody’s attention.”

His achievement is all the more impressive as this was his first role as Project Manager: “The difference here was that it was a very small team, it was my first time doing it, and it was Special Projects’ first project.”

The judges were very impressed by the way Joe handled the pressure and dealt with the many difficulties that he encountered. So, how did he manage to remain this level-headed throughout?

“I have been working at Sir Robert McAlpine full time for ten years, so I know what needs to be done when the problems arise but keeping a clear head is essential. With such good training and experience, I am of the opinion that there isn’t any problem that can’t be solved, and you just work it out.” 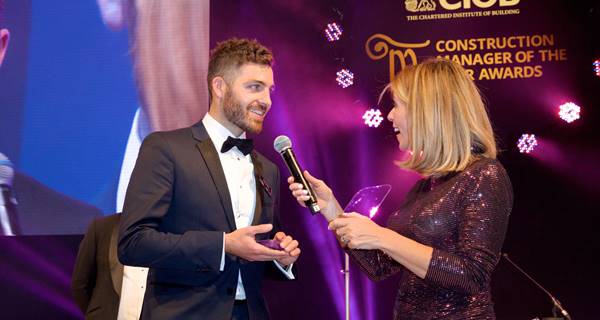 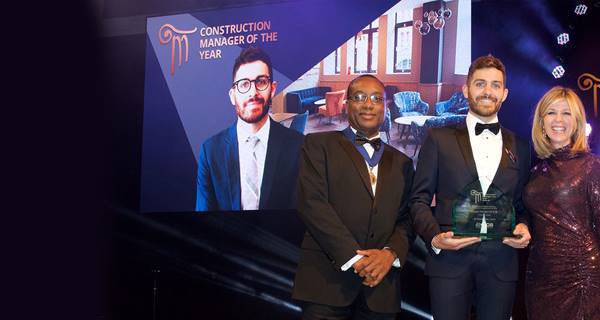 Joe McNeil receiving the Construction Manager of the Year 2019 award 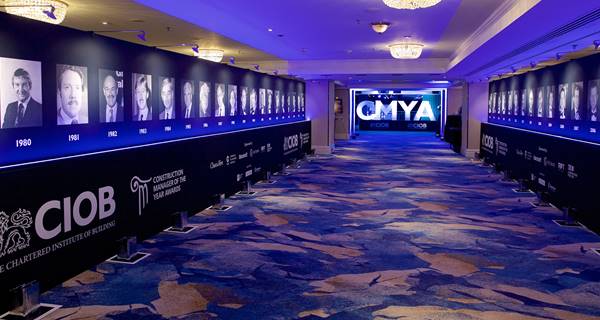 CIOB Construction Manager of the Year Hall of Fame

Ultimately, Joe stresses how making decisions quickly, and not reverting to procrastination when problems arose, was key to the scheme’s successful outcome. An attitude that he owes, in large part, to the mentoring he has received: “I’ve worked for some amazing project managers,” he recalls. “The project manager on my last project before 120 Oxford Street taught me that there is nothing worse in a chaotic situation than there being no decision and no direction for a team.”

Early in the project, Joe identified discrepancies between the initial contracted schedule of work set by the client and the requirements from the incoming tenants. Thanks to his transparent and collaborative approach, he successfully resolved the situation for all parties, which he now sees as a personal highlight: “I brought the tenants into meetings, and the client into meetings, and showed them the differences and proposed a solution to remedy the issues. So, the fact that we satisfied the client’s biggest problem is probably my proudest moment.”

Joe is also quick to salute the trust that senior management of Sir Robert McAlpine’s Special Projects put into him: “Without the safety net they gave me to make my own decisions, I probably wouldn’t have been able to decide whatever decisions needed to be made when they needed to be made, and it probably wouldn’t have been as successful. They allowed me to gain their trust, which I’m grateful for.”

Has this given Joe’s more confidence for the future?

“I don’t know if it’s sunk in enough yet. I’ve always been confident that my collaborative attitude is the right way to do it, to be relaxed, to be decisive, and be supportive. It’s really nice to be recognised for being a communicator and a collaborator, and that’s resulted in a successful project, because it has really invigorated me.”

One thing is for certain, Joe’s success must be enticing to all the women and men with a passion for construction currently considering joining the industry. It opens a world of exciting opportunities for anyone with drive, talent and determination.

His advice to them on how to best tackle complex issues: “Trust your training and make a decision, not because you think you know best, but because we are well trained engineers, and we do come from a position of knowledge and have an engineering expertise. We should trust that and be decisive with our decision making.”