Hannah Prowse first joined the industry seven years ago. In the past four years, she has been instrumental in the growth of Sir Robert McAlpine Special Projects as Preconstruction Manager. Her stellar trajectory has earned her to be 'Highly Commended' in the Rising Star category at this year's Construction News Awards.

"By allowing me to work as flexibly as I do, the company has enabled me to be successful, because if they didn’t I would have had to give up a long time ago."

Seven years ago, Hannah Prowse was hired for her literary skills to write about projects on a part-time, freelance basis. She had recently become a mother, and the flexibility suited her perfectly. It was also her first foray into the construction industry. She has been a permanent employee of Sir Robert McAlpine for the past four years and is now Preconstruction Manager of Special Projects. In that short period of time, Hannah has helped to grow this dedicated unit specialising in heritage and signature new build "from being nothing to becoming a £60 million turnover business." If this stellar trajectory has earned her an Award nomination as a Construction News Rising Star, it is also testament to her indomitable spirit, dedication and passion. Here, we talk to her to find out more.

Hannah was not exactly predestined to the construction industry. The course she opted for at University was joint archaeology, classics and classical art because it appealed to her ambivalent fascination for the aesthetic and the concrete: “It had the getting-your-hard-hat-on-and-getting-really-muddy-bit and the poetry and the language, and I love the combination of the two. I’m a Devon girl, I like getting practical,” she jokes, in her typical deadpan humour. Her first “proper job” was working in private client services at Sotheby’s. There, she learnt quite a lot about understanding the needs and motivations of discerning clients. These lessons would become valuable when adopting the bespoke approach to dealing with clients that characterises Special Projects.

On the face of it, Hannah’s entrance into construction may seem an accident, but all the elements were assembled for the creation of what Special Projects stand for. “I am passionate about heritage building and the inherent sustainability of that, and importance of heritage in our culture,” Hannah insists. “The thought that I could have a meeting at the Tower of London, and then go to the Globe, and then climb the Elizabeth Tower and call it work, that excites me.”

Among the 12 Special Projects currently live are the Royal Albert Hall, the renovation work at the Elizabeth Tower, and the construction of Maggie’s Marsden, to name but a few: “I love the fact that the new builds that we get involved with are pushing the envelope of what can be done, but they're doing it for really good reasons, because they tend to be done by Charities. Maggie’s are all about caring for people living with cancer and how buildings and environment affect people's health and wellbeing. It's that building for a purpose that I think is really important.”

The tender success rate of Special Projects has defied expectations: “Maybe it is because we’re smaller, we can make sure that our tenders are utterly bespoke and we've got that continuity of messaging throughout from very first engagement to final interview.” She continues: “Obviously, you can’t do that if you're not backed up with the most phenomenal delivery,” which the wider business has also been key in supporting: “We have been wonderfully supported as part of the London region which has allowed us to grow organically within that support network. We are amazingly supported by the McAlpine Design Group, and by the great McAlpine team that we can draw on.”

Hannah is also quick to point out the personal support that she has received from the company, without which she would not have been able to build a career: “By allowing me to work as flexibly as I do, the company has enabled me to be successful, because if they didn’t I would have had to give up a long time ago. I may choose to cut down the flexibility that the company gives me just because of the demands of my role now but the fact that, as my children have grown, the company has allowed me to set the agenda and what I will do or not do has been absolutely instrumental. I couldn’t have done it otherwise.”

She also acknowledges the supportive role of the culture at Sir Robert McAlpine. Among the many people who helped her on the way, she pays particular homage to Mike Coleman, Operations Director of Sir Robert McAlpine Special Projects, with whom she forms part of the unit’s senior leadership team: “If Mike weren’t the most phenomenal person I wouldn't have got anywhere. He is a true leader, not just a manager. He mentors me on a daily basis. He is utterly selfless in the way he brings people on.”

So, what would the Construction News Rising Star Award mean to Hannah? “The word I would have to use is validation. Having joined the industry late as a career change, this would mean to me that I am recognised in the industry for achieving this. Nobody could say that I don't understand the industry or that I haven’t made a mark on it.”

“I genuinely love what I do,” she concludes. “It’s amazing!”

She was Highly Commended in the highly coveted Rising Star category at this year’s Construction News Awards. 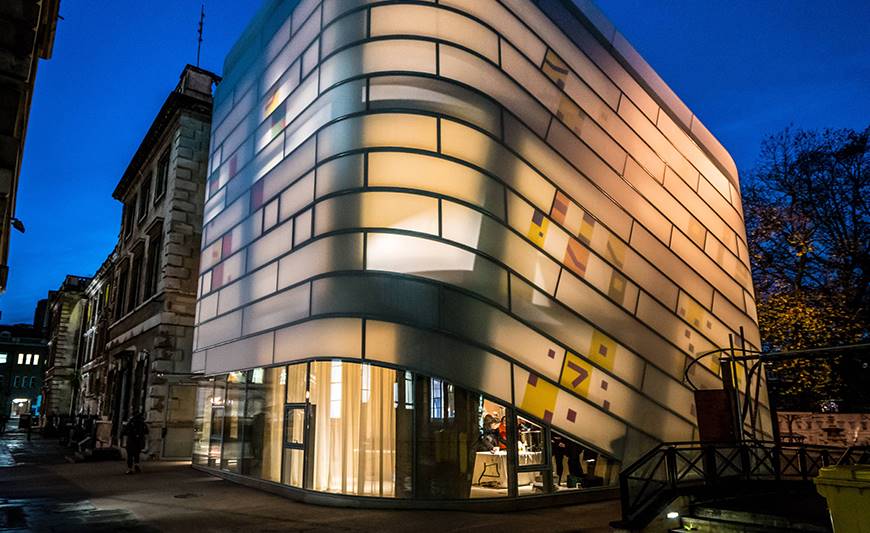 We are nominated in six categories at the forthcoming CN Awards: