We had the pleasure to welcome the West Midland Mayor and Legal & General's Chief Executive at our site in Birmingham this week. 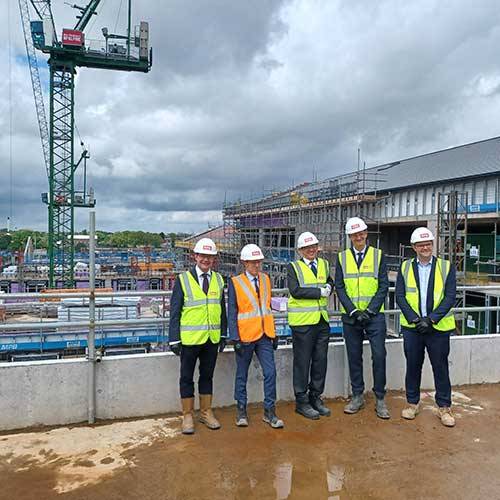 Our team at Hockley Mills in Birmingham were delighted to host Andy Street, Mayor of the West Midlands, Sir Nigel Wilson, Chief Executive of Legal & General (L&G), and John Godfrey, Group Director of Levelling Up at L&G, for a site visit just days after the project’s official topping out ceremony.

L&G is funding the development at Hockley Mills. West Midlands Combined Authority and L&G chose the site to announce that L&G has committed to invest £4bn in the West Midlands over seven years to help the region level up.

Alongside investment into new commercial developments, the agreement envisages a major contribution by L&G into climate-friendly projects, local communities and social and affordable housing, including build-to-sell and build-to-rent – providing high-quality homes across the range of tenures.