Preparations continue at South Portal site for the arrival of the project’s giant tunnelling machines.

We are working on the scheme as part of Align, our joint venture with international infrastructure specialists Bouygues Travaux Publics and VolkerFitzpatrick, which has been contracted to deliver the HS2 Central 1 (C1) package.

Significant work has already started at Align’s main site, the South Portal, which is located to the West of London just inside the M25 and covers 136 acres.

Dedicated motorway slip-roads have been built to link the new site with the M25 and take construction traffic off local roads. As you can see from the pictures, excavation is already well under way of the launch site from which two 2,000 tonne, 170m long tunnel boring machines will start their journey under the M25, excavating the twin bore Chilterns tunnel through Buckinghamshire.

Work is also under way on the construction of a concrete precast plant where the 118,000 tunnel segments, each weighing on average 8.5 tonnes, will be made.

Spoil from the tunnels will be pumped as slurry back to a treatment plant, also currently under construction, where it will be treated before it is used for landscaping on-site.

Just south of the main site will stand the Colne Valley Viaduct, which will be the longest railway viaduct in the UK at 3.4km long. It will carry HS2 across the Grand Union Canal and surrounding lakes. The 1,000 segments required for the viaduct will also be made on site at the South Portal and a separate batching plant is under construction. 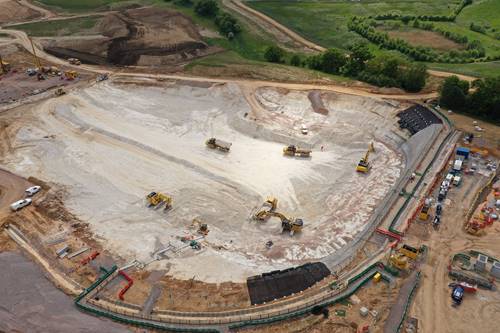 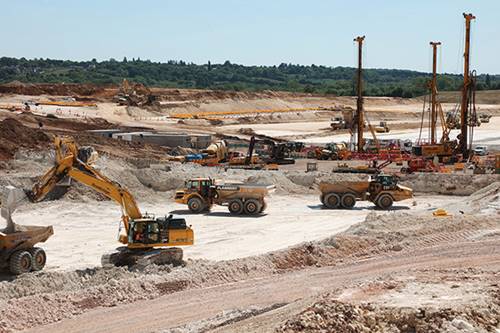