On the occasion of The Queen’s Platinum Jubilee, we take a look back at the projects we have proudly built during Her Majesty's reign.

This year, The Queen will become the first British monarch to celebrate a Platinum Jubilee after 70 years of service to the country.

We are proud to have been building Britain's future heritage from the Coronation to this Platinum celebration and take the opportunity to revisit a selection of standout projects during 1950-2022. 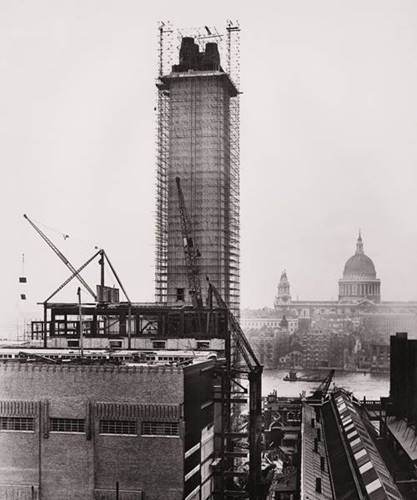 From iron and steel works to power stations and motorways, during the 1950s, we played our part in helping rebuild Britain's industrial strength after the Second World War. Bankside was the first power station in the UK to be designed specifically for oil‑fired boilers. Some 700,000 bricks and 29km of scaffold tube were used in the construction of the building’s 91m high central chimney. The project also involved the excavation of a cable tunnel as shown in the photograph opposite. (1948-1952)

Also, during this era, The Shell Centre on London’s South Bank was the largest office development in the UK. Capable of accommodating 5,000 people, the building provides 186,000m² of floor space in two complexes divided by the Hungerford railway bridge but linked by a series of passenger and service subways. Half the volume of the building is below ground, while a main 27‑storey tower rises more than 100m above pavement level. (1957-62)

The sixties saw the construction of the Stag development (1960-1963) which featured one of the first skyscrapers to grace the London skyline. Comprising four blocks built around a central piazza, the development took its name from the Watney’s Stag Brewery which previously stood on the site, occupying a five‑acre site close to Victoria station.

As the UK roads network expanded and improved through the decade, major highways projects undertaken included the delivery of a 12½ mile section of the M1 between Markfield and Sawley in Leicestershire. The project involved the construction of dual three‑lane carriageways, two‑way junctions at Shepshed and Kegworth, and 21 road bridges.

From the interwar years on into the 1970s, the company constructed many of the major iron and steelworks which formed the backbone of the UK’s industrial might. Early construction contracts included plants at Ebbw Vale, Port Talbot, Rotherham and Livingston. The company was also responsible for the Spencer steelworks at Llanwern which, when awarded, was the largest civil engineering contract ever let in Britain.

As the decade dawned, work began on the vast Anchor steelworks at Scunthorpe. The project involved the excavation of 7½ million cubic metres of earth and nearly two million tonnes of steel slag. 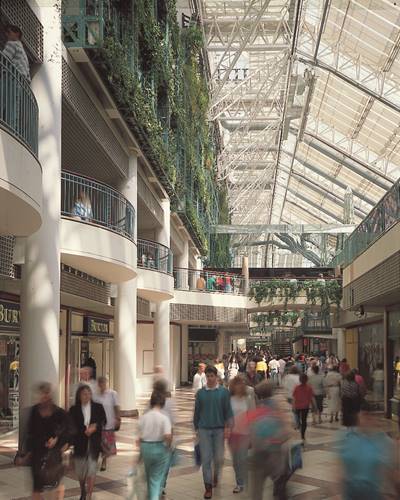 Contained within one of the largest glass-covered enclosed areas in Europe, we constructed St Enoch’s shopping centre in Glasgow which included a department store and 50 retail outlets arranged around an ice rink. (1985-1989)

The company has also been responsible for the building and civil engineering aspects of many of the fuel reprocessing and waste management facilities at Sellafield in Cumbria. (From 1983)

Canary Wharf Tower was one of the defining buildings of the 1990s. Rising 250 metres above London’s Docklands, the 50‑storey building has 32 passenger lifts and three basement levels. The company was responsible for the tower’s foundations, substructure and concrete works.  (1988-1992)

Instantly recognisable, the Millennium Dome was designed and built to an immovable deadline. The company worked as construction manager on the venue which provided the focal point of the country’s Millennium celebrations. The largest structure of its type in the world, the Dome covers 20 acres and stands as high as Nelson’s Column. The main roof structure is formed from a vast net made up of 72km of steel cables suspended from a dozen 100m high masts. (1997-1999) 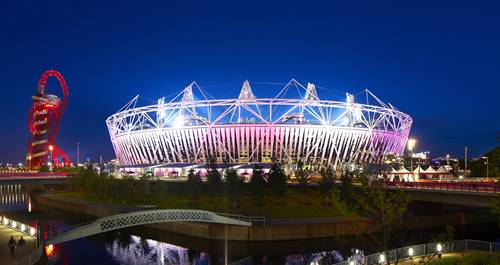 From the Eden Project to the Emirates Stadium, we overcame complex construction challenges to deliver some of the most Britain's iconic landmarks during the noughties.

Part of the team that brought the attraction to life, we transformed what was a disused clay pit into the world’s largest indoor rainforest. Constructing Eden's enormous geodesic domes required meticulous planning, 230 miles of scaffolding and a team of abseilers. We made sure sustainability, environmental design and waste management were built in every step of the way. (1998-2006)

We were incredibly proud to have constructed the centrepiece of the world’s greatest sporting extravaganza, the 80,000‑seat Olympic stadium which hosted the spectacular opening and closing ceremonies of the London 2012 Olympics and Paralympics.  (2008-2011) 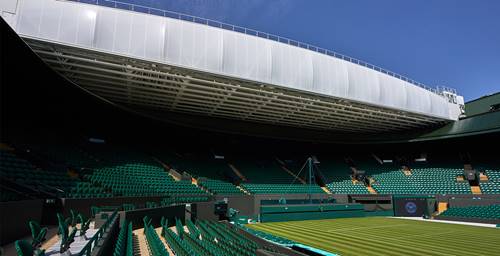 The retractable roof over Wimbledon’s No.1 Court is a triumph of engineering excellence, collaborative working, client engagement and exemplary project management. The roof is a worthy addition to the catalogue of world-class projects delivered by the company.

Its completion is the culmination of four years of work, not only to plan and install the new fixed roof, which supports the 11 large, moving steel trusses, each 70m long, but also to refurbish the No.1 Court’s hospitality facilities. This included upgrading the corporate suites and the food court to cater for the more than 40,000 people who visit Wimbledon every day of The Championships. (2017-2019)