This week, the iconic Olympic Stadium built for the London 2012 Games celebrates its 10-year anniversary.

10 years ago today, the eyes of the world turned to the Olympic Stadium for that spectacular opening ceremony of the London 2012 Games directed by Danny Boyle. 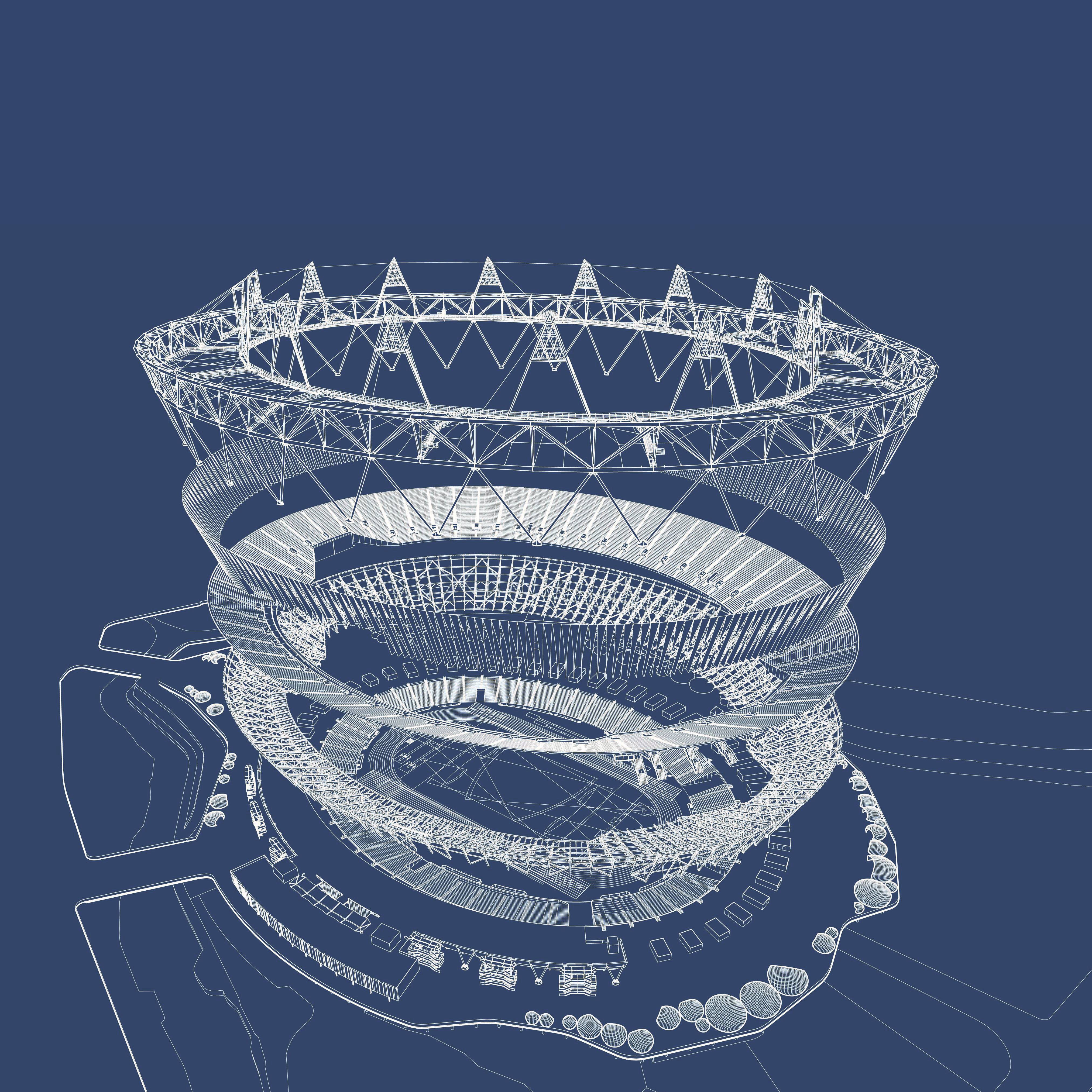 A decade on, to mark the occasion, we look back at what was involved in the construction and share anecdotes from the original project team.

It all began back in 2007 when Team Stadium, a ready-made design and build consortium comprising Sir Robert McAlpine as main contractor, architects Populous and civil, structural and building services engineers Buro Happold were awarded the project by the Olympic Delivery Authority.

Designing and constructing the centrepiece of the London Games involved overcoming several unprecedented challenges, including developing a stadium that could be reduced from 80,000 to 25,000 seats after the event.

The focus was on cost-efficiency, functionality, legacy, sustainability and, of course, safety. 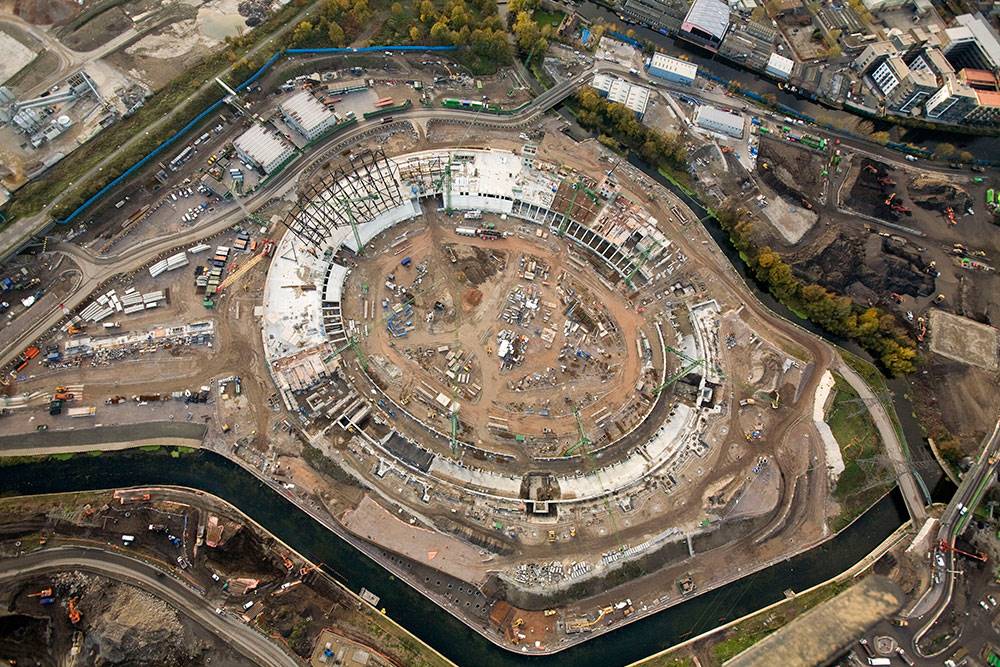 Work began in May 2008 with the installation of the first of more than 5,000 reinforced concrete piles which were sunk up to 20m into the earth to provide the foundations for the bowl.

“As the piles started going in you could feel some serious shaking in the offices. It was a very physical reminder of what we were doing,” recalls John Ridout, Construction Manager on the Olympic Stadium, Sir Robert McAlpine.

Once we got out of the ground and the steelwork started to go up and move around the stadium, that was the point when it really hit home that this was something special. 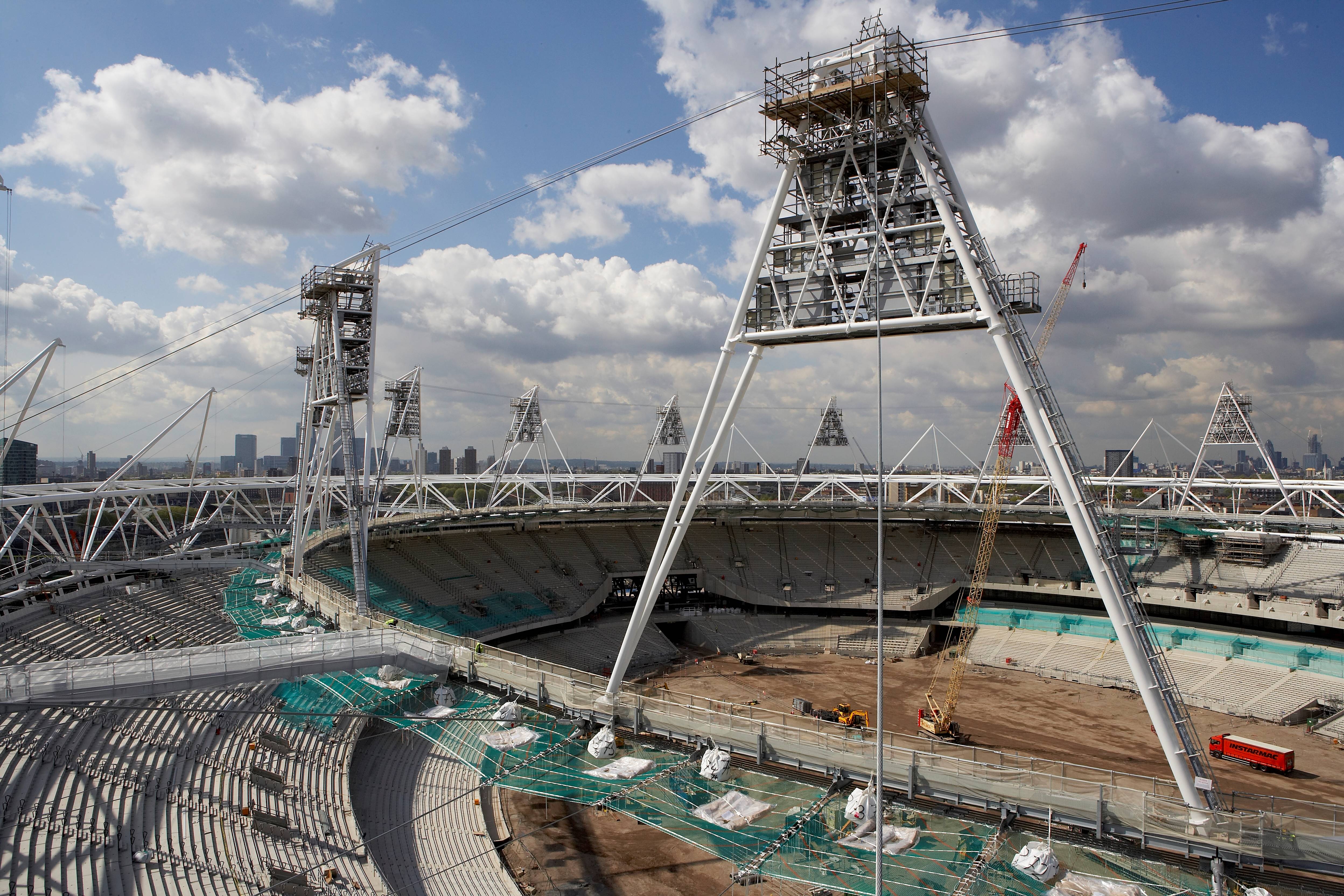 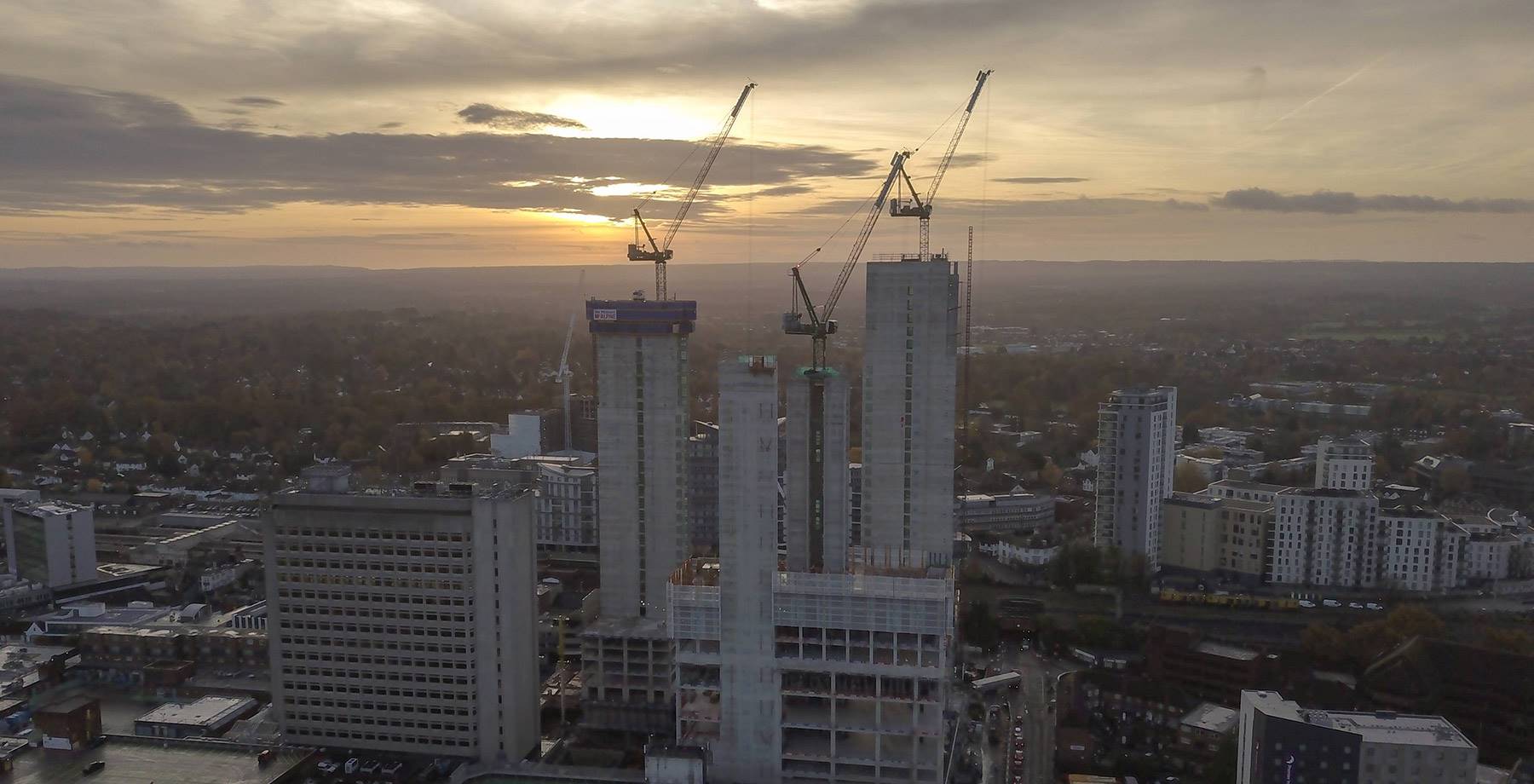 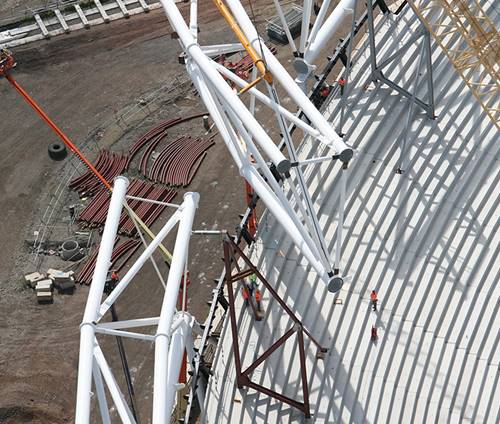 One of the major challenges was the construction of the 2,400 tonne compression truss which runs 860m around the perimeter of the venue.

The 28 sections that make up the compression truss were precision fabricated by Watson Steel Structures to achieve the close tolerances required. Made from recycled steel pipe, the tubes that form the truss sections are up to 1m in diameter. Delivered to site in component form, the 100 tonne truss sections were assembled on jigs on the field of play. These were designed so that the 30m long sections could be constructed in exactly the right geometry before being lifted into place and bolted together.

When the final piece of the compression truss was lifted into position in July 2009, the structure fitted together perfectly without the need for a single pack. Its installation marked the completion of the external structure of the stadium just 14 months after the start of construction.

Once the stadium’s ‘ring of steel’ was complete, the inner tension ring was laid out on a temporary scaffold built around the terracing, before being jacked into position 40m above the field of play.

Gantries were then installed from the compression truss to an inner walkway lifted with the tension ring, and the ceremonies tripods fixed in place around the outer rim of the truss.

Finally, the stadium’s 14 sports lighting towers weighing 35 tonnes each were lifted onto the inner tension ring and secured in position before abseilers set to work installing the fabric roof covering.

Mark Leeming, Project Director, Sir Robert McAlpine, was part of the original project team. He spoke to BBC Radio London last week to share his highlights when he was Construction Manager on the Olympic Stadium:

Working within this project team was a once in a lifetime opportunity, with chances to confront not just engineering but logistical challenges on a scale that I had never encountered before.

To read more about the stadium’s construction and the challenges overcome by the team, take a look at our Olympic Stadium case study here >>

Working on the world famous Olympic Stadium ahead of the 2012 games was certainly a career highlight. Not only being involved in such an iconic venue showcasing engineering excellence but the legacy this stadium leaves, the people it inspires and the sporting legends I’ve shaken hands with as a result! 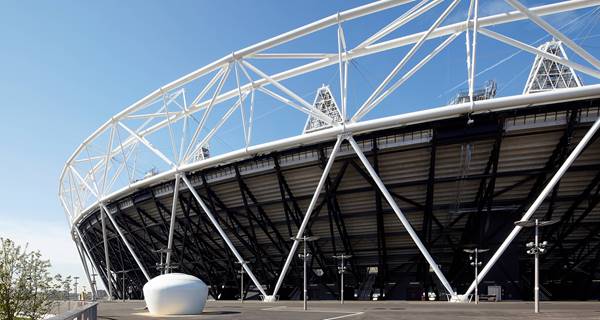 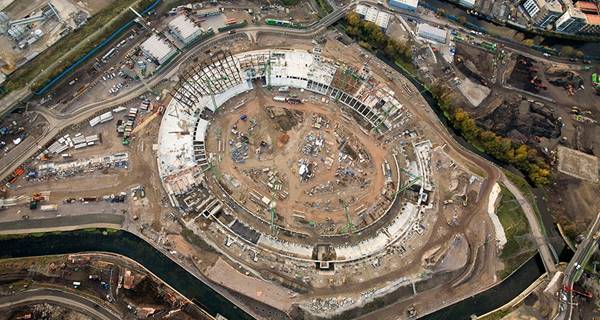 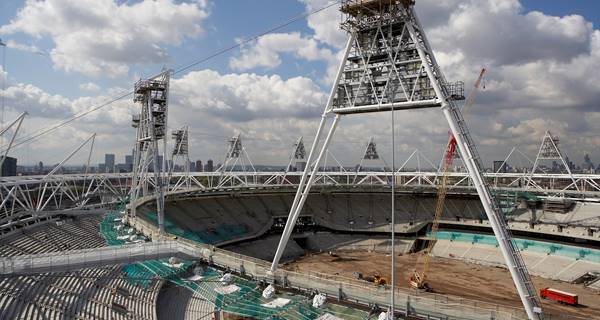 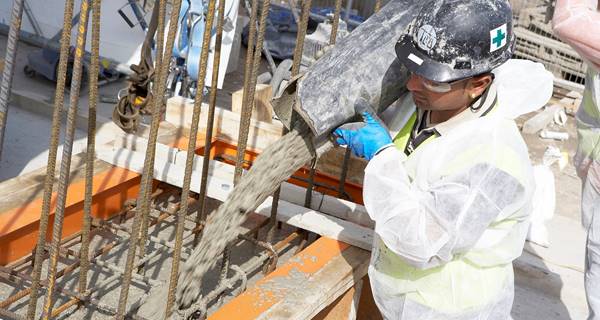 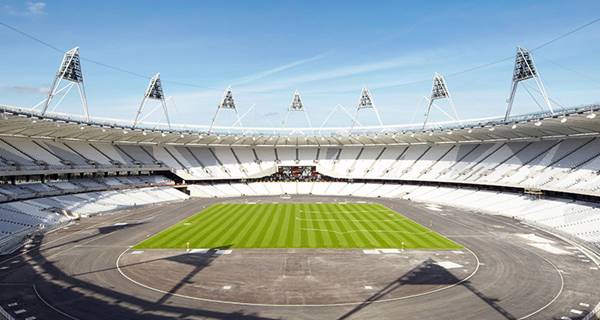