Pioneering 'Martian House’ art project gets lift-off thanks to £170,000 worth of support in ‘unprecedented’ collaboration from nine leading contractors.

The organisation and its network of suppliers have been hailed as “amazing” after rallying behind plans to build a full-scale ‘Martian’ house, a two-storey gold inflatable house in the heart of Bristol, designed to showcase the possibilities for human life on Mars.

The companies sprang into action in support of the five-year project spearheaded by artists Ella Good and Nicki Kent after they asked SCF to help them turn their vision into reality.

SCF contractors have contributed with the build and materials for the Martian House project which is based at the M Shed Square in Bristol, as part of an ongoing public art project, Building a Martian House.

Our Sir Robert McAlpine project team were responsible for the stairs and balustrading linking the upper and lower floors of the Martian House build. From the outset, it was clear that the design had some fundamental issues as you may imagine when trying to design a house fit for Mars, but instead being constructed in Bristol.

As the house was going to be open to visitors, there were certain aspects of building regulations that had to be observed and whilst the designers' aspirations were to stay as close to the original brief as possible, it was necessary to make some minor tweaks to ensure compliance could be achieved. This took a little time to resolve by our project team, but they managed to get to a solution that suited all parties and it’s great to see the finished article in place.

In a move that underlines its commitment to promote collaboration, the SCF response has been led by Emma Bull, SCF Senior Framework Manager.

“It’s fair to say we’re all very proud of the Martian House project, and I’m on Cloud Nine seeing the building form over the last few weeks after over a year of development and coordination.

“Collaboration is at the heart of everything Southern Construction Framework does, so we’re all delighted to have played a role in creating the truly extraordinary Martian House by bringing together leading contractors.

“The way the companies in Southern Construction Framework’s supply chain have collaborated is also extraordinary and for nine separate bodies to come together on an artistic project appears to be unprecedented.

“Working together and throwing their weight behind the Martian House project, speaks volumes about our partners’ commitment to unite in support of the communities where they work and make a positive difference to public spaces.”

The project has so far brought together space scientists, architects, engineers, designers and the public to explore how we live today and stimulate visions for new ways of living here on Earth and on Mars.

The artists behind Martian House have been full of praise for the invaluable backing from Southern Construction Framework and its construction industry partners.

Ella said: “This project has been a huge collaboration, involving all kinds of different people, from space scientists to school children.

“Southern Construction Framework embraced this spirit of collaboration by bringing together an amazing team of contractors who have been hard at work building our Martian House. We simply could not have brought the project to life without their help.”

Nicki added: “Considering how we might live on Mars helps us re-think every aspect of our lives here on Earth.

“Mars is a place where you’d have to live carefully and sustainably and so helps bring sharp focus on how we live today. Our project shows that we can all have input into how we think about the future.”

A team led by world experts in extreme architecture, Hugh Broughton Architects, working in partnership with design studio Pearce+, developed the design. They created a lightweight prototype building which could be easily transported to Mars whilst withstanding its inhospitable conditions.

The house is now open and there will be a three-month programme of workshops, talks and events for all ages including a live panel discussion with the design team.

It was a pleasure to support the Southern Construction Framework and have Sir Robert McAlpine contribute to the design and construction on the project. We are proud to work collaboratively with other contractors for a good cause and see the finished result which truly reflects the hard work and efforts of the entire team. 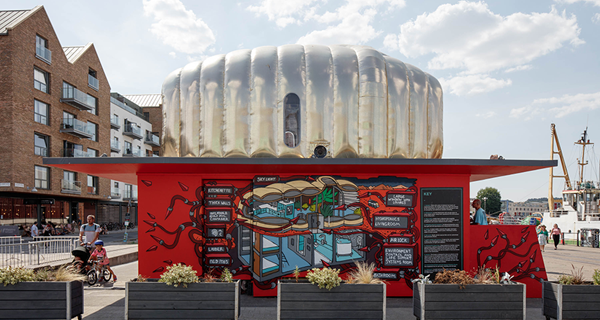 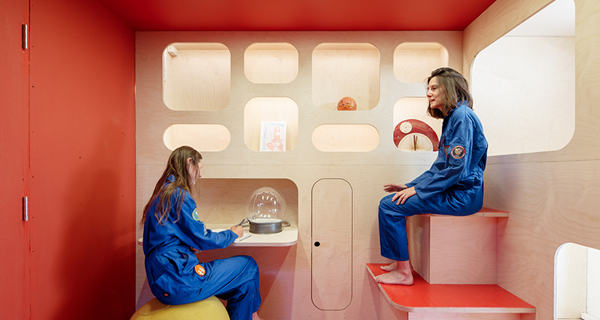 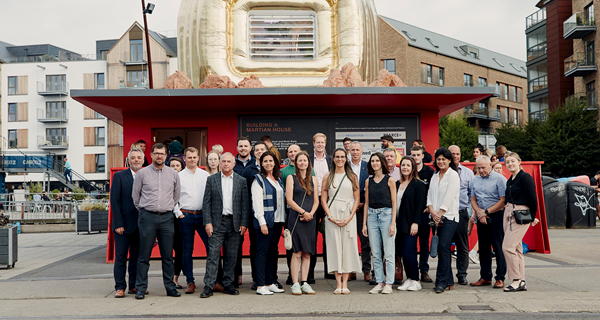