After a lot of planning, yesterday saw the reinstallation at The Majestic in Leeds of two statues which form a signature element of this landmark building's beautiful Grade II listed façade.

Yesterday marked another significant moment in the delivery of the new incarnation of Leeds landmark, The Majestic.

Two ten-foot statues representing music and drama were lifted into position along the balustrade of a building which is set to be home to Channel 4’s new headquarters.

Installation of the statues, which will look out over Leeds’s City Square, represented the reinstatement of a signature element of the building’s retained Grade II listed façade.

Crafted by internationally acclaimed master sculptor Andrew Sinclair, the statues along with four urns which were also installed yesterday, closely follow the design of the original set from the 1920s, albeit with a slightly modern twist and fabricated using modern sculpting techniques.

The two 450kg statues and the 100kg urns were lifted three storeys into their final positions using a trailer mounted mobile crane. A specialist spreader plate and slings ensured no damage to the statues during lifting.

The operation was very carefully planned by the site team to ensure minimal disruption, which was helped immensely by the lack of traffic and people in the city at this time.

We are the main contractor on the redevelopment of The Majestic, which first opened as a cinema in 1922 and went on to have various uses, including as a dancehall and nightclub.

This latest reinvention of the building for our client Rushbond will provide 66,000 sq ft of Grade A Prime flexible and contemporary workspaces across seven floors.

Mark Finch, real estate director at Rushbond, said: “As we reach the final stages of development on the Majestic, it’s fantastic to see these finishing touches being applied to the building’s beautiful, historic exterior.

“Since commencing works, we have been determined to deliver a sympathetic, comprehensive restoration programme which respects and pays homage to the Majestic’s rich history – whilst readying it for a new lease of life providing future-focused workspace.” 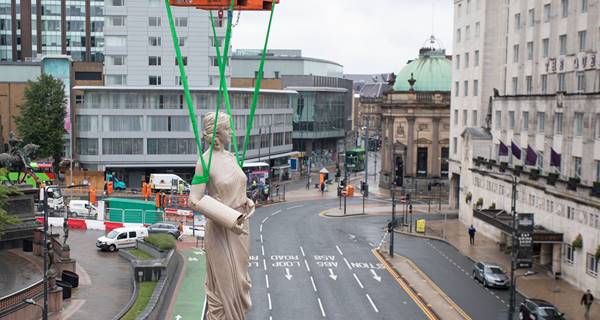 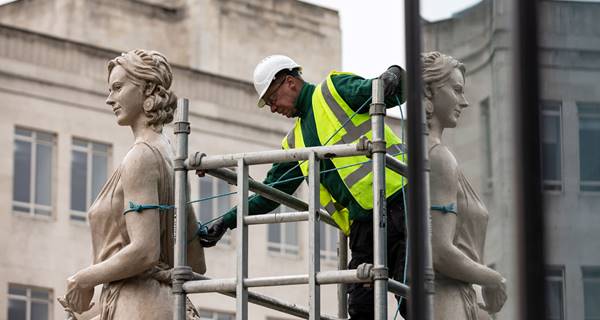 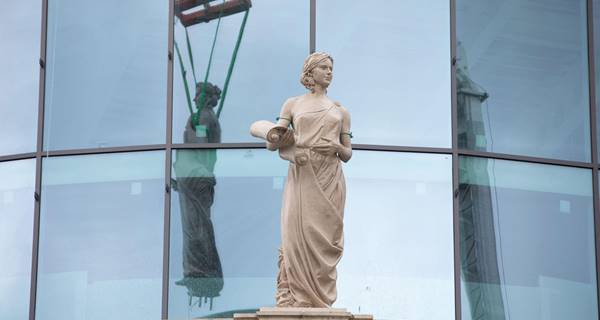 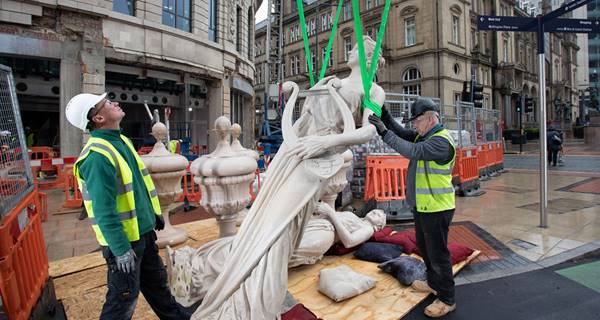