A member of the Royal Institution of Chartered Surveyors, David joined us in 2015 after spending the first eight years of his career with a major contractor. He has already worked on the Chapel Wharf project – we caught up with him on his latest project, Embankment West.

What were your first impressions of the business?

Joining Sir Robert McAlpine was a big step in my career. Entering the Manchester Head Office for my first day was a tad nerve racking, with unfamiliar surroundings and equally unfamiliar faces. However these nerves were soon eradicated via a fantastically warm welcome.

There is a huge sense of pride throughout the organisation, based upon a rich family heritage. It is also an organisation known by those beyond the industry. There is a familiarity and respect for the business.

What’s been your proudest moment so far?

Great time and effort was invested by the Chapel Wharf team during the Pre-Construction Stages of the project. Taking the largest project in the region to site in November 2016 was a great sense of achievement.

What gets you out of bed in the morning?

Often the sound of restless dogs awaiting their breakfast. On a serious note, it’s providing for my family, and making them proud of my achievements.

What are your future ambitions?

Having a young family, my primary focus is to work on fantastic projects locally to Manchester.

Which qualities do you think it takes to succeed here?

Being a team player. Never being afraid to ask a question (as silly as it may be). Taking pride in your work.

Chapel Wharf is a fantastic project which continues to showcase our offering. As the largest project in the region (995 apartments across 4 blocks) it was a fantastic introduction to the business.

How would you sum up Sir Robert McAlpine in three words?

What would you say to anyone thinking of joining us?

It’s a great place to work. You will be surrounded by fantastic people who will help you to settle into the renowned and highly reputable McAlpine way of working. 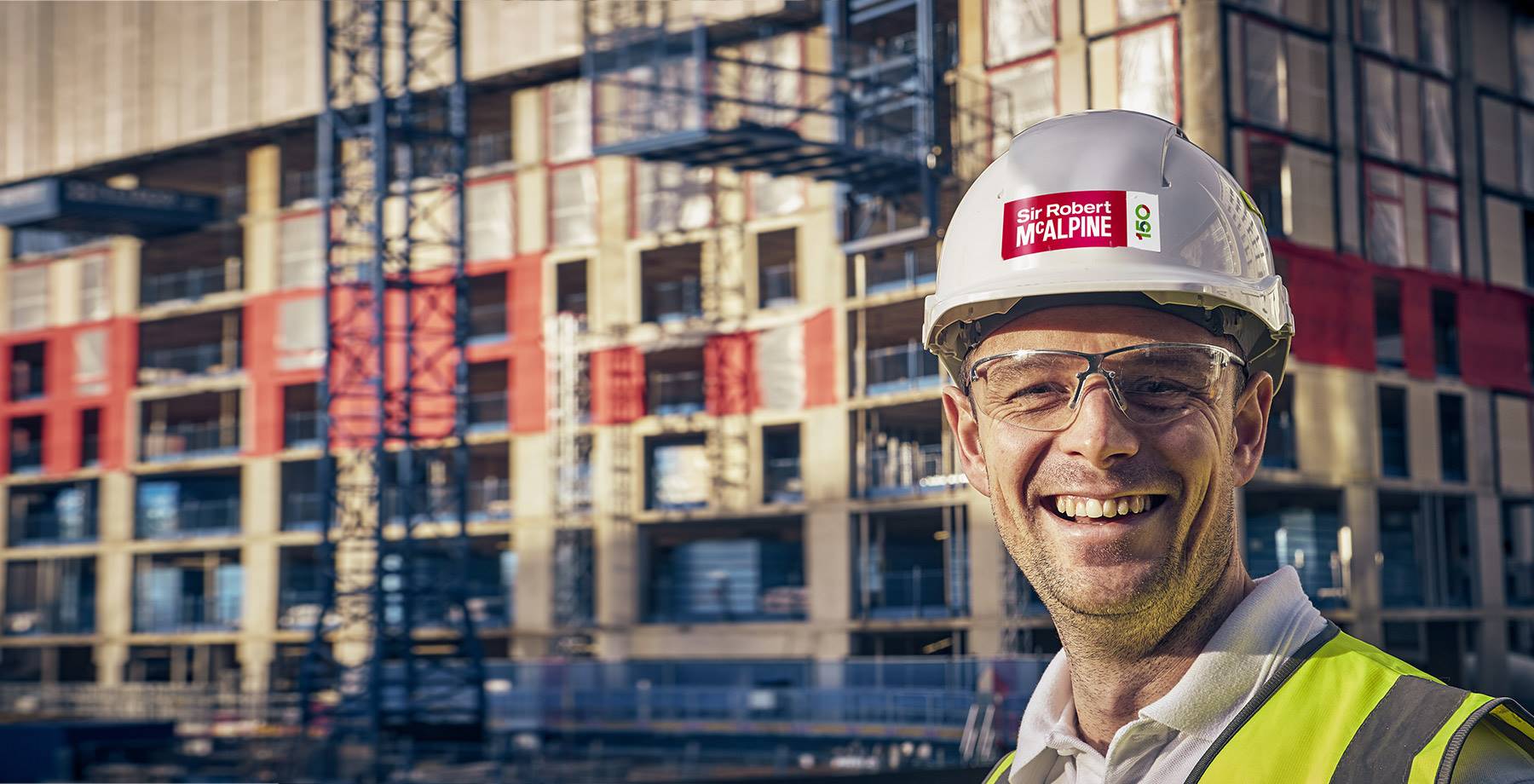